A Monumental Achievement in Banffshire Heritage 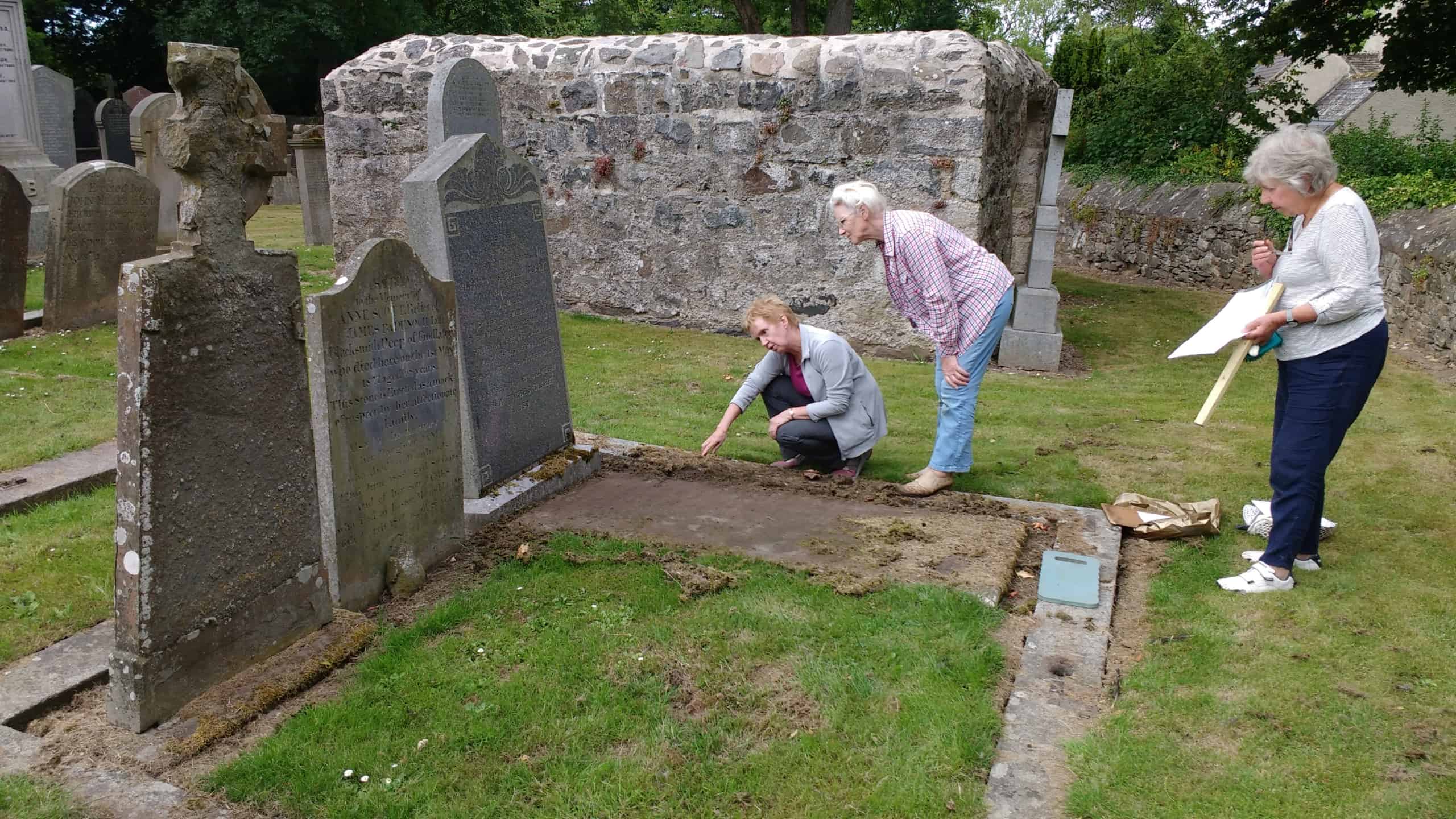 Dedicated volunteers from Portsoy Salmon Bothy have produced a booklet which will be welcomed by family historians worldwide that have connections with the parish of Fordyce in Banffshire.

Back in the summer of 2015 work began on recording the inscriptions on gravestones in Fordyce kirkyard, in association with Aberdeen & North East Scotland Family History Society. The initial transcription phase was followed by further painstaking work to check the accuracy of each record, with volunteers turning out at regular intervals and in every weather.

Alison Smith, genealogy coordinator at the Salmon Bothy said: “This publication represents a tremendous achievement by dozens of local volunteers who contributed to the project.

“The results will be of immense benefit to family historians everywhere who are unable to make a personal visit to Fordyce. The newly produced booklet means that anyone whose ancestors were recorded on gravestones in Fordyce kirkyard can now read the full inscription on each stone without having to leave home.”

Despite careful planning, the project was not completed without a few hiccups. A chance beam of sunshine brought to light a surprisingly recent stone which had been gradually enveloped by the dense branches of a yew tree. Then, with initial readings already taken, a long drought revealed the existence of previously unknown stones lying beneath the turf.

Later on a violent summer storm felled two massive trees, resulting in the destruction of several stones. Fortunately their inscriptions had already been preserved, but such events highlight the importance of recording these memorials.

This is the third booklet on burial grounds produced by Portsoy Salmon Bothy, the others recording inscriptions from Portsoy Old Burial Ground and Portsoy Cemetery.

The booklet costs £3 and may be purchased at https://salmonbothy.org/product/the-kirkyard-of-fordyce/

You can read news coverage of the story here: 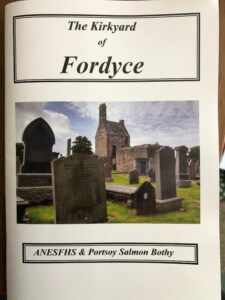