Portsoy Salmon Bothy Lays Down the Welcome Mat to 1000 Visitors 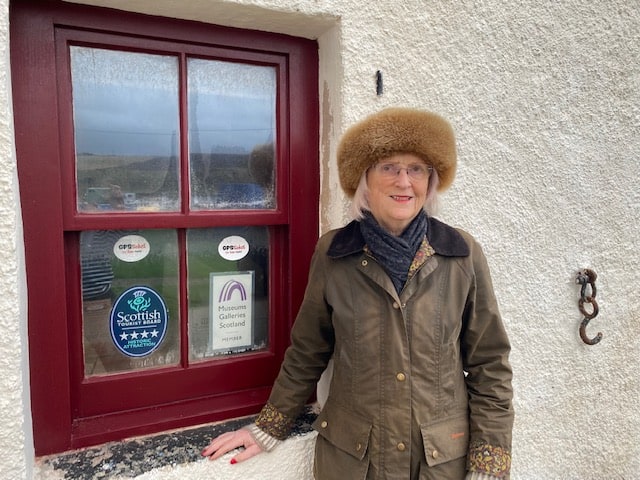 Aberdeenshire Museum Back in Business And Seeks to Grow

Portsoy’s significance to the flora, fauna and geology of the Aberdeenshire region has been captured in a new interactive exhibition unveiled to visitors for the first time this year.

Almost 1000 tourists poured into Portsoy’s Salmon Bothy Museum during the 2021 season and were among the first to see the new geology and natural history displays.

Reflecting on the museum reopening to the public for the first time since October 2019, Dr Anne McArthur, a director of Portsoy Community Enterprise, said that it was great to be back in action.

She said: “We normally have hundreds of visitors during Portsoy’s boat festival weekend then in late August and September we see German and other European tourists. We had none of that this year.

“Even so, having remained closed for all of 2020, we were very pleased to be able to reopen the museum and we had visitors from all the home nations.

“We were also delighted to recruit over a dozen new volunteers to support the existing team. That meant we were able to open an extra day, increasing our operating hours from four to five days per week for the first time.

“A big thank you goes to everyone who has given up their time to staff the museum and welcome visitors to Portsoy. We truly appreciate your efforts.”

This year the Portsoy local history museum operated between 19 June and 31 October but hopes to revert to its Easter-October opening hours next year.

With just a little extra help the Salmon Bothy could increase the number of days it operates. Anyone who could give up just a couple of hours once a fortnight is encouraged to come on board.

Volunteers are part of a supported and valued network working under the banner of Portsoy Community Enterprise, winner of the prestigious Queen’s Award for Volunteering.

Full training is given and there’s a social side too with away days and get togethers. In terms of commitment, volunteers work in pairs and would be asked to work on a rota basis for two hours once a fortnight, between Easter and October.

The Visit Scotland-accredited museum is housed within the 19th Century Salmon Bothy building close to Portsoy’s sea front. It tells the story of salmon fishing alongside the other trades and industries of the town and offers specialist genealogy support.

Its new exhibit highlighting rock and mineral specimens unique to the coastal area was developed with the assistance of the Geology Department at Aberdeen University. The flowers, birds and other wildlife which attract many visitors to the region also feature as part of the new collection. 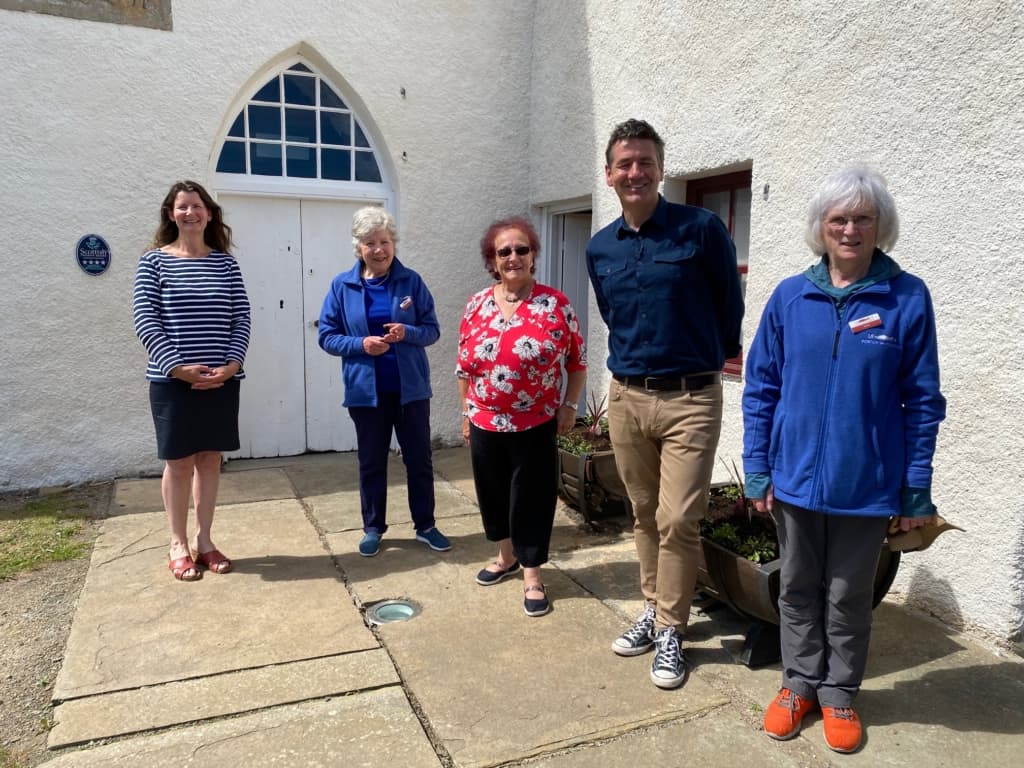 Among its visitors in 2021 was Dougie Vipond, presenter of the popular BBC Scotland series Landward. He visited Portsoy to find out about Ahoy Portsoy, a digital version of the popular Scottish Traditional Boat Festival which normally draws up to 16,000 people to the coastal town every summer, but which moved online due to the pandemic.